The story of Horned Owl Brewing is brought to you by the letter ‘P’: Patience. Persistence. Painstaking. Passion.

Joe Uhl was going to open a brewery north of Atlanta. Once he finally settled in on the location for the new spot on the square in Marietta, it was time to finalize the paperwork and get the deal rolling. Working with the city council and landowner, they were able to move the ball all the way down the field but just couldn’t quite get the ball over the goal line. So, he had to start from scratch.

And then he thought he had another location in Smyrna … no dice. And then it happened again. And again. Because of his background as the COO of a company that owns and operates restaurants and bars, Joe fully knew that it took a lot of patience and persistence. Those qualities ultimately led to this …

Fast forward to today. Horned Owl Brewing is a beautiful anchor in the brand new and booming entertainment district in Kennesaw. High ceilings, huge wooden beams, stonework in every direction – you get the feeling that an owl may swoop down and join you on the next stool while you’re there.

The servers were on point … sociable without being over-the-top and only too happy to talk about the beer there. I was mid-flight when they brought Joe over to make the intros. I was sucked in. Here’s a guy who has a very clear passion for what he does. After surviving all of the challenges to get this thing in the air, the pride bleeds out of him when he talks about the beer. (Pride – there’s another ‘p’ word for the day.) He watched how I held the glass and could tell that I was appreciative of the craft.

The product – all very high-quality and with a dizzying array of styles. This place has only been open since November and yet has twenty tap handles, including two dark beers on nitro. (Joe tells me they’ve had a few cask ales as well.) Of course, they make a lot of the standards these days: IPAs, hazies, stouts, lagers, wheat beers, etc. But what stood out to me was not only the presence of some oft-overlooked styles but the quality of them as well. Horned Owl has a Schwarzbier (Cover of Night), an ESB (Twoo), and a Weizenbock (Tawny.) I love these styles and hate that not many breweries offer them anymore. All three were so very well done. I

really can’t overstate how amazing it was to see such a massive diversity of styles and the quality beer delivered with each. Yeah – I’ll be back on South Main Street in Kennesaw again soon.

Fun fact: Yes – every beer name is owl-themed. I assumed that it was because of the nearby Kennesaw State University Owls. That may be part of it, but Joe’s last name is German for owl.

So, soar on over to Kennesaw and saddle up for some of Horned Owl’s finest. It’ll be a hoot. (Sorry.)

This is the next installment in, “15 Minutes With …”. These posts are designed to be more than just a brewery review. We will attempt to dig deeper and do more than simply tell you what sort of beer and food you can find at various places. We want to delve into the stories and anecdotes … those eccentricities, quirks, and oddities that make each brewery unique. 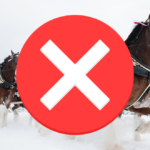