No, wait.  It’s not what you think.  This week’s post is all about travel.  But no, I promise it’s still not what you’re thinking. 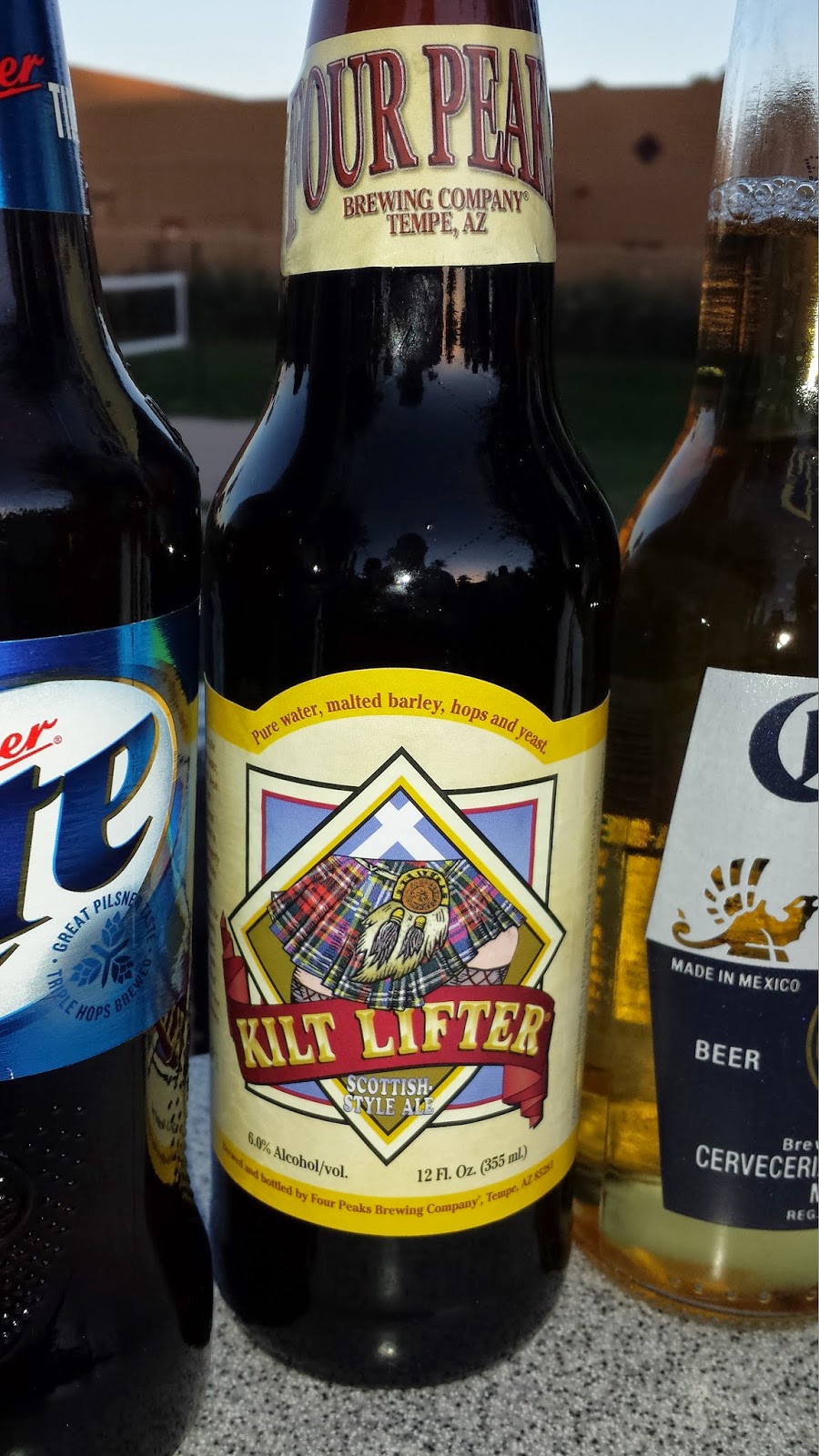 One of the great joys of traveling, in my opinion, is the ability to experience local/regional beers that just don’t distribute back home.  There are some that will have enough success that they grow to the point of being able to offer their delicious elixirs to a larger footprint.  Coors used to just be a western US offering; Fat Tire used to be the #1 reason to travel to Colorado; or Samuel Adams in Boston, Sweetwater in Atlanta … you get the picture.

I was recently at a conference at the fabulous Wigwam Resort outside Phoenix.  At our evening reception, I fully expected the open bar to serve the standard fare: Corona, Michelob Ultra, etc.  But I was in for a treat.  I will almost always gravitate to the local beer when I travel, unless I already know it to be funky or have a very specific craving for something else.  So, I saddled up (which means that I walked over) to the bar and ordered a Four Peaks Kilt Lifter.  If nothing else, I give them high marks for a fun beer name.

If you’re not familiar with Scottish Ales, you should be.  This is a newer flavor profile for beer, adding a sweet malty flavor, and a bit of smokiness.  I will not name names, but I have had a few that have overwhelming “hints” of these flavors, making the product almost undrinkable.  But this one was different.  The sweetness was just at the right level to make you stop and think about it.  There was a slight hint of smokiness, but not so much that it took over the beer.  It was a fantastic balance of a strong ale; sweetness, maltiness and a little bit of smoke.  For the record, the second and third ones were even better.

I don’t know much about Four Peaks’ thoughts on distribution in the future.  However, I will say that if you are in the southwest US anytime soon – look for Four Peaks Kilt Lifter.  And they have a buncha other stuff too …a Peach Ale an oatmeal stout, a Kolsch called Sunbru.  I’d definitely give these a try if I could find them.