One of my favorite songs from my favorite band (U2) is called “Every Breaking Wave.” I’m sure that there are numerous interpretations as to the true meaning of the lyrics, but I take it to mean that people should stop running to the next big thing/ next big idea as soon as it surfaces. It seems as though each day brings a new “best idea ever” and minions run to it as quickly as they can. As the song states, each breaking wave means that there will be more.

I give that preamble to say that I’m not usually prone to run after every breaking beer wave. The greatest beer in the history of mankind is being released every single day. And people scurry like crazy to wait in line for hours because they HAVE to have it. One on hand, I get it. The FOMO mentality drives people to do crazy things in order to experience that beer. And I have felt those pangs of remorse as I know I missing a special barrel-aged release of one of my favorites. But I also can understand the general public’s perception that we’re all lunatics. Someone finds the new ‘it’ beer, and legions of people crash every local package store to find any hidden morsel.

And today, I’m writing a review on one of those beers. 😳

Wild Leap is a relatively new brewery in LaGrange, GA.  Just 13 months old, they are already creating some breaking wave beers! In June of this year, they released a limited run of a Double IPA called Alpha Abstraction. Reviews were off the charts and people began chasing the wave to find AA wherever they could. Brewed with a combination of Loral and Citra hops, it tiptoed the line between bitter and citrus-y sweet; and for many, it found a great balance. Fast-forward to August, and Wild Leap released Alpha Abstraction Vol. 2 … with an altered hop profile (Galaxy replaced Loral). Again, the juicy/hazy IPA-loving public went nuts.

And now, it’s time for … you guessed it … Volume 3. For this go-round, Wild Leap features Mosaic hops, which bring different aromas and flavors into play. This one has much more of a tropical feel … think mangos and grapefruit. It’s a beautiful beer, and it has very, very powerful and pronounced notes on the nose. It’s a fantastic attack on the senses, and then it leads into … bliss. The mouthfeel is tremendous: it’s somehow smooth and somewhat tingly at the same time. Tingly may not be a word, but you get what I mean. You can taste those Mosaic hops, but not in an “I just drank a pine tree” bitter sort of way. (That’s what dry-hopping does kids; it brings the aroma and flavor out of the hops without introducing too much bitterness.) The tropical fruit sweetness, mixed with slight bitterness from the hops … it’s exceptionally well done. As my Untappd review says, this may be the best IPA I’ve ever had.

I’m warning you. This beer is dangerous. All of the Alpha Abstraction beers have weighed in at 8% alcohol but only 35 IBUs, insanely low for a Double IPA. Maybe I need to start chasing more of those breaking waves!

Bonus points. The quote on the side of the can could NOT be more perfect for this blog!

Comment below with the beers you want us to review next! 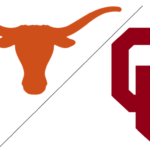