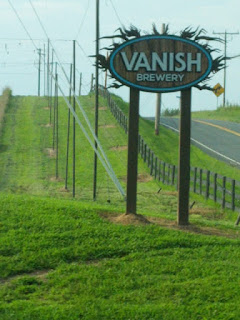 If you’ve been following our adventures for the past few days, you may have noticed something interesting about this conference. On Day 1, we drove to Delaware and drank beer. On Day 2, we drank beer in Delaware and then drove home and drank beer in Virginia. There hasn’t been a “conference” yet … no sessions! That all changed on Day Three. It was time to get some learnin’. (If you want to don’t want to read about the day, skip below and see our pictures from Day Three.)

First speaker out of the blocks was Julia Herz, Craft Beer Program Director for the Brewers Association. This one is a fireball. Tons of energy, she shared a lot of facts and figures about the continued growth of craft beer versus mass-produced; and also the dominance ber has over wine and spirits in the American marketplace. Next up was a panel discussion on diversity in the brewery world. .Julie Verratti (Founder, Denizens Brewing), Bev Armstrong (Founder, Brazo Fuerte Artisinal Beer), and Dr. J. Nikol Jackson-Beckham (Diversity Ambassador for the Brewers Association) discussed the evolution of increased diversity in the brewing industry. The quick takeaway … don’t ask a person of color or a female brewer what it’s like to be a minority in the beer world. Ask them the same questions you’d ask any brewer.

For lunch, we had two food truck choices. Pro tip … Dave’s Dogs was the way to go, especially if your order the Old Bay tater tots. Yes!!

The afternoon was off with THE keynote of the event: Sam Calagione from Dogfish Head. He speaks with great passion about his company, why they’ve always been a little different and have stuck to their ways in the face of criticism. He’s an incredible evangelist for his brand (something I would like to do better as well.) We finished his session with a Facebook live Q&A – really interesting media.

The learnin’ portion of the day was capped off with an expo … there were about 10 exhibitors placed around the room, and many of them brought beer for us to enjoy. Let the revelry commence! (Side note – if you see a trivia contest poop up during the sessions, run over and answer as quickly as possible. I did and scored two bombers of Rogue Dead n Dead.) Thank you to Rogue, Terrapin, Devil’s Backbone, Dogfish Head, and others for a great afternoon!

And finally … the evening reception. Yet another bus ride took us to Vanish Brewery, or more like a farm with a brewery hidden in it. You can see in the pictures below, it was a beautiful setting, and they had representatives from 19 local breweries serving one of their beers. (One group brought two, so 20 total beers.) Stickers, hats, glasses, bottle openers … the SWAG is seemingly endless here. Below the slideshow, I’ll list the 19 breweries and the beers they were pouring. And that’s a wrap on Day Three!

CLICK the picture below to see more photos from the day … 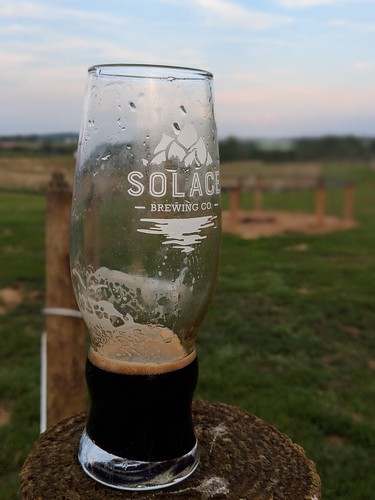 The beer from the evening (along with the score I gave it on Untappd):