As my friend Daniel put it … it pays to go to beer festivals. Back in the spring, we wrote about going to the Roswell Beer Festival. While there, other than having an otherworldly great time, we also met some fantastic people, in particular the gang from Pontoon Brewing. We hit it off, and they invited Russ and me back to Pontoon for a ‘tasting panel’ a few days later. We didn’t really know what to expect, but we were in. Here’s the short version … breweries will sometimes invite friends from other breweries, growler shop owners, industry experts, and beer media (that’s us!) to a special private tasting of some select beers. It’s usually to get honest feedback on the beer, either what to do differently on a pilot batch of beer; or what to consider for future versions of beer that will soon be out in the wild. Bonus … they had a chef come in and create food pairings for each of the four beers. Rock star status achieved.

Fast forward to this week, they had me back again. THIS time, we were tasting three beers that will be released this week and one pilot batch that is just in testing mode right now. It’s a seasonal that will hopefully come out later this year. I can’t tell you how exciting it was to try several beers before they’re even released. So, here ya go. A quick review of the three beers to be released this week and then the one that will hopefully emerge later in the year.

I’ve really become a sucker for a good tripel recently, and this one didn’t disappoint. It was a little boozy (9.5% really came through) and slightly syrupy to me, but the flavor was on point. I am certain that there will be some tweaks before this becomes available later this year. Really, really, really can’t wait.

It’s a Double IPA (DIPA) brewed with lactose and vanilla. The lactose, as expected, brought a creamy smoothness to it. Combined with a beautiful nose of pineapple (at least that’s what I got), this is a total home run. The flavor was an intoxicating mixture of milkshake and mild bitterness, very nicely counterbalanced with the sweet citrus from the hops. Yeah, I’ll be back later this week to have this one again.

Pontoon has had a lot of success with a line of tart-creamy Berliner Weisse beers called, “Snozzberries Taste Like Snozzberries.” (Mad kudos on the reference there.) They took one of them for a ride with the Snozz Crumble, adding a pastry/cinnamon flavor to it. This had a very crisp mouthfeel, and was slightly more sour than I typically like. It has an absolutely stunning color to it and will be sure to be a hit with the sour drinkers out there.

Again, Pontoon has resurrected a former favorite and transformed it into something new. The original, Fluffy Otter, is an oatmeal creme stout and is my favorite Pontoon beer ever. Basically, it’s a S’more in stout form. Now … add peanut butter. Fluffier Otter is an old school fluffernutter sandwich in a 9% abv stout. I almost didn’t want to drink it because it just smelled SO GOOD.

Again, Hazenado, Snozz Crumble, and Fluffier Otter will all be available this week! One is being released each of the next three days … check their site to see which one is dropping when. And then GO! 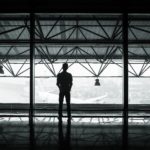 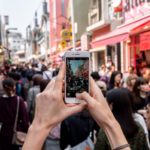