Truth is funnier than fiction 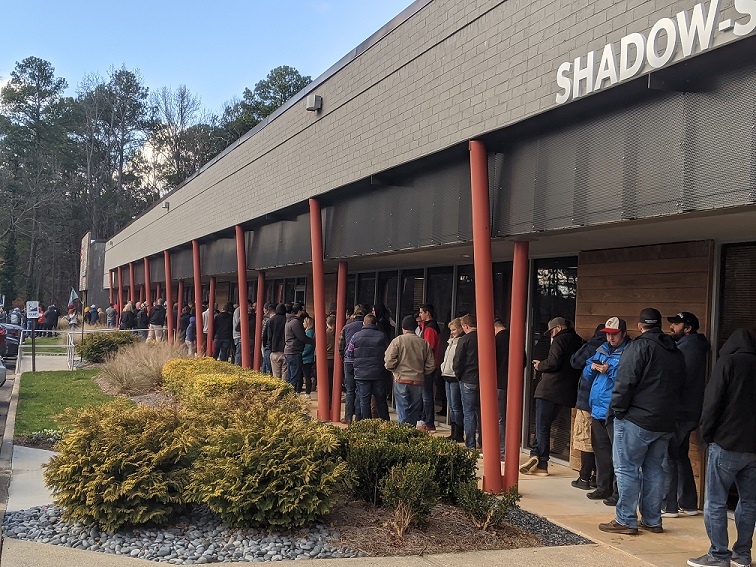 I’m going to contradict myself in this post … more on that in a minute.

It’s just beer, people. As you may know, I was on the scene for the Pontoon/ Sprayberry Rainbow Smiggles release on Friday. It was a vibrant scene, and I wasn’t 100% sure what to expect, in terms of lines and crowds … and crowd management. The doors were set to open at 5pm, and although I knew a line would form in advance, I didn’t know how long it would be. I got there at 4:45, in no way expecting to be near the front. Surely enough, I was +/- 100 people back. The doors eventually opened and the line started crawling forward. With a four 4-pack max, I assumed it would be a pretty smooth affair. (Somewhat complicating things was the addition of 2 additional bottles for purchase along with the removal of an additional special can release. Consumers were probably trying to figure out what they could buy and what was no longer available.) Regardless, as I got about 10 people from the counter, it was announced that it was now a one 4-pack maximum per person. To say that there was frustration and disappointment in the crowd doesn’t quite capture the emotion. I was able (as a somewhat rational adult) to understand the situation, process my emotions and go on about my day. As I left the brewery with my bottles and singular 4-pack, I saw people still in line, red-faced screaming at staff at being unprofessional, unprepared, etc. He was close to stroke levels of stress and anger … over a beer. And I couldn’t help but think, it’s just beer.

Fast forward to yesterday when my friend CH sent me this article. The short version … people were camping out for a special beer release at Other Half Brewing in New York. A man and his date stumbled by and starting yelling at craft beer snobs for being so ridiculous as to camp out for a beer. (Note: please read the article; the comedy inside is phenomenal. Example: the belligerent started pelting the campers with cans of White Claw. Hence the title of this post.) The story culminates with the couple getting a gun from their residence and threatening to put a Glock in someone’s mouth.

Again … it’s just beer, people. Losing your mind because you don’t get enough of the special release or assaulting people because you disagree with their beverage choices … is it really worth it? And now for the contradiction I mentioned earlier. It’s all about context. A few years ago, I was with a few friends at a very well-known craft brewery in Chicago. We were poring over their impressive and extensive draft selections. I couldn’t decide what my 4th beer was going to be, and the server said (and I quote), “Dude, it’s just beer. Pick one.” I’m sorry, but what?? I agree with that concept if someone is losing their mind and fails to know how to act like a human being over beer, but to tell me I should just pick any beer when trying to put my flight together – fine, just give me a Zima Gold. Again … it’s all about context. Had I been pitching a full-on tantrum over an empty keg, I would have deserved the “Dude, it’s just beer.” But deciding between a quad and a barleywine as my flight finisher is a real head-scratcher!

Bottom line here … it’s all about context. I mean, it’s just beer, except when it isn’t. 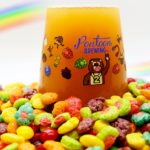