Beer of the Week – a Surprise!

Frequent visitors to BGB will certainly know that we don’t always celebrate beer from our industry’s massive brewing conglomerates. But we also know and understand that we need to give credit where credit is due. Bud Light (and Ab-InBev) received a lot of publicity for their “No Corn Syrup Added” campaign first unveiled during the Super Bowl. On the other hand, the nation’s corn farmers fired back with a salvo of criticism directed at the brewing giant.

Today, AB-InBev announced their version of an olive branch. We received an advance 6-pack of a clever new beer … Bud Light Corn. It’s a compromise of sorts, while attempting to appease the corn lobby by making a corn-based beer, ABIB is sticking to their guns and somehow brewing this beer without adding corn syrup. A crazy feat of brewing ingenuity! And now for the beer review …

The taste is unlike anything you’ve ever experienced. It’s a delicious and intoxicating combination of flavors. Think creamed corn mixed with a flavorless bubbly yellow liquid. Crazy levels of sweetness from the corn, mixed with … basically no flavor from the beer … combines to really send a shock to the system. And weighing in a 2.3% ABV with zero IBUs, it’s really crushable. You can drink these all day long and not feel a thing! And, in an interesting subplot, corn carries a massive amount of carbs. Take THAT, all you Mic Ultra-loving freaks!

Here’s to you Ab-InBev. Kudos for heeding the call of the masses, creating a beer that appeases your detractors while still holding true to your roots – providing America with a flavorless liquid masquerading as beer.

Stay tuned as we preview some more new releases in the coming weeks, as AB-InBev and Miller Coors try to reach new audiences: 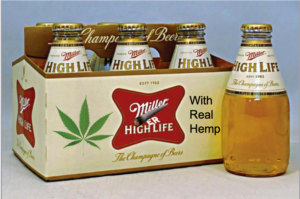 And oh by the way. If you haven’t figured it out already, Happy April Fools Day! 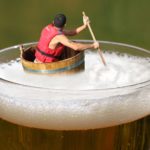 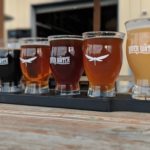